Only a short flight from Bern. 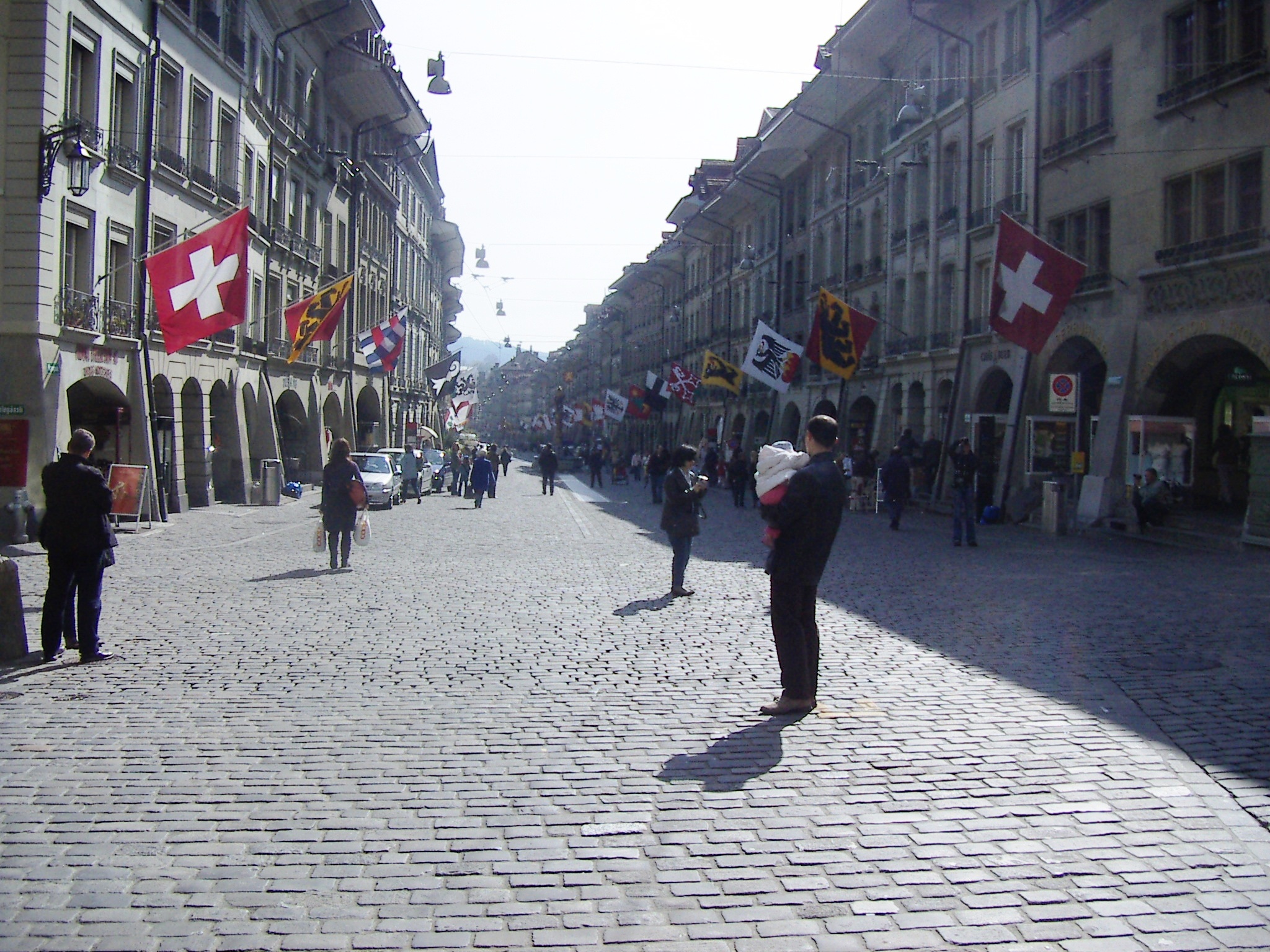 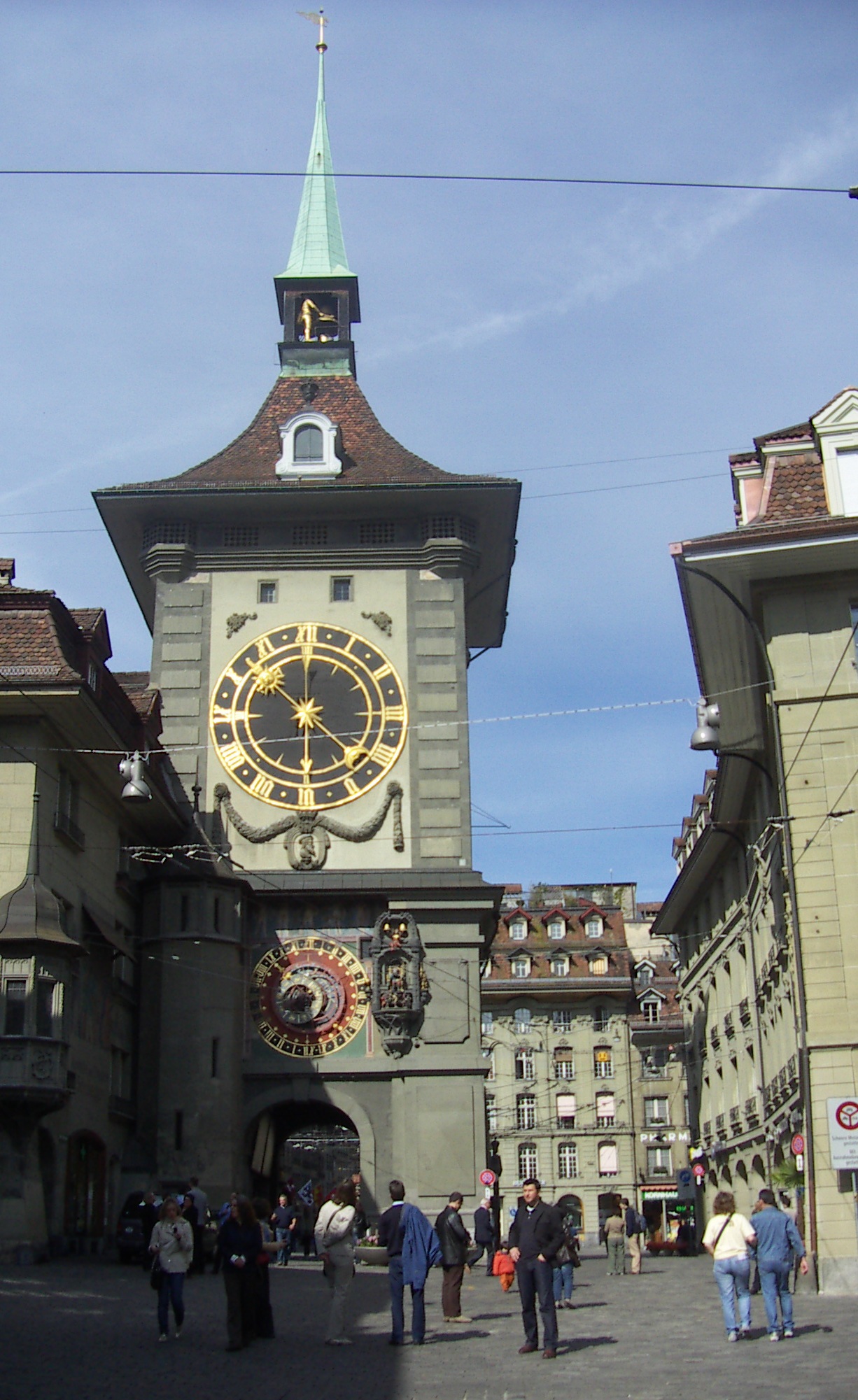 Kramgasse and the Zytglogge

This autumn Bern enjoyed a long drawn out summer which shows no sign of tiring. For the last three months the citizens of the town have been treated to the most spectacular clear views of the Diamond Peaks some thirty miles south.

The big excitement during spring were two bear cubs born just in time to enjoy the grand opening of the new bear garden alongside the River Aare. Instead of the old stone walled pits the new generation of bears start life with grass, trees and a private swimming pool. 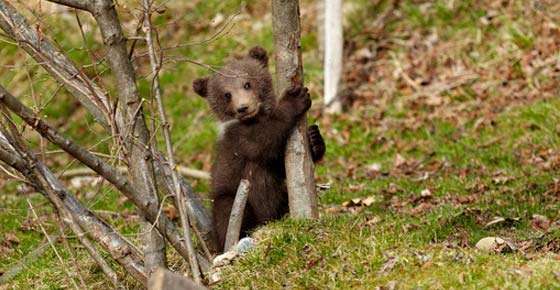 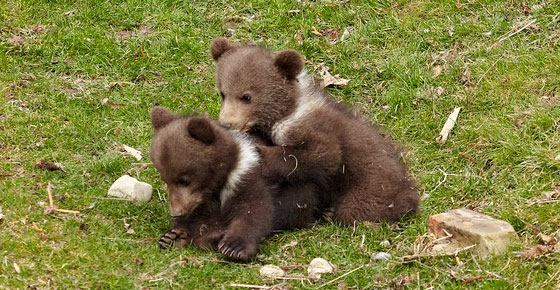 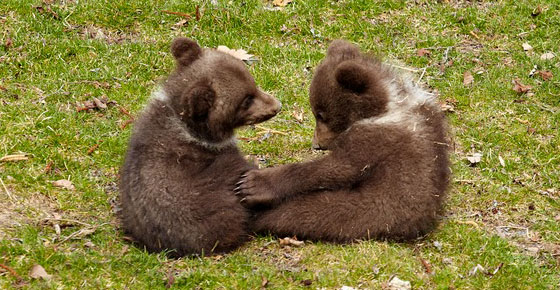 Berna and Urs playing beside the Aare. One little cub loves climbing trees - then doesn't know how to come down - and Mum has brought down one tree already!

The city is largely traffic free apart from the trams. On Tuesdays and Saturdays the square in front of the Swiss Parliament is taken over by a market as is the Munstergasse shown in the photo below when farmers from the surrounding countryside come into Bern early in the morning and set up their stalls. You'll find everything from salad to honey and both Schweizerdeutsch and French spoken by vendors and sellers alike. Bern is a surprisingly international city - all embassies to the Swiss Confederation are in Bern, only ambassadors accredited to the United Nations reside in Geneva - and cars with diplomatic plates a familiar sight around town. 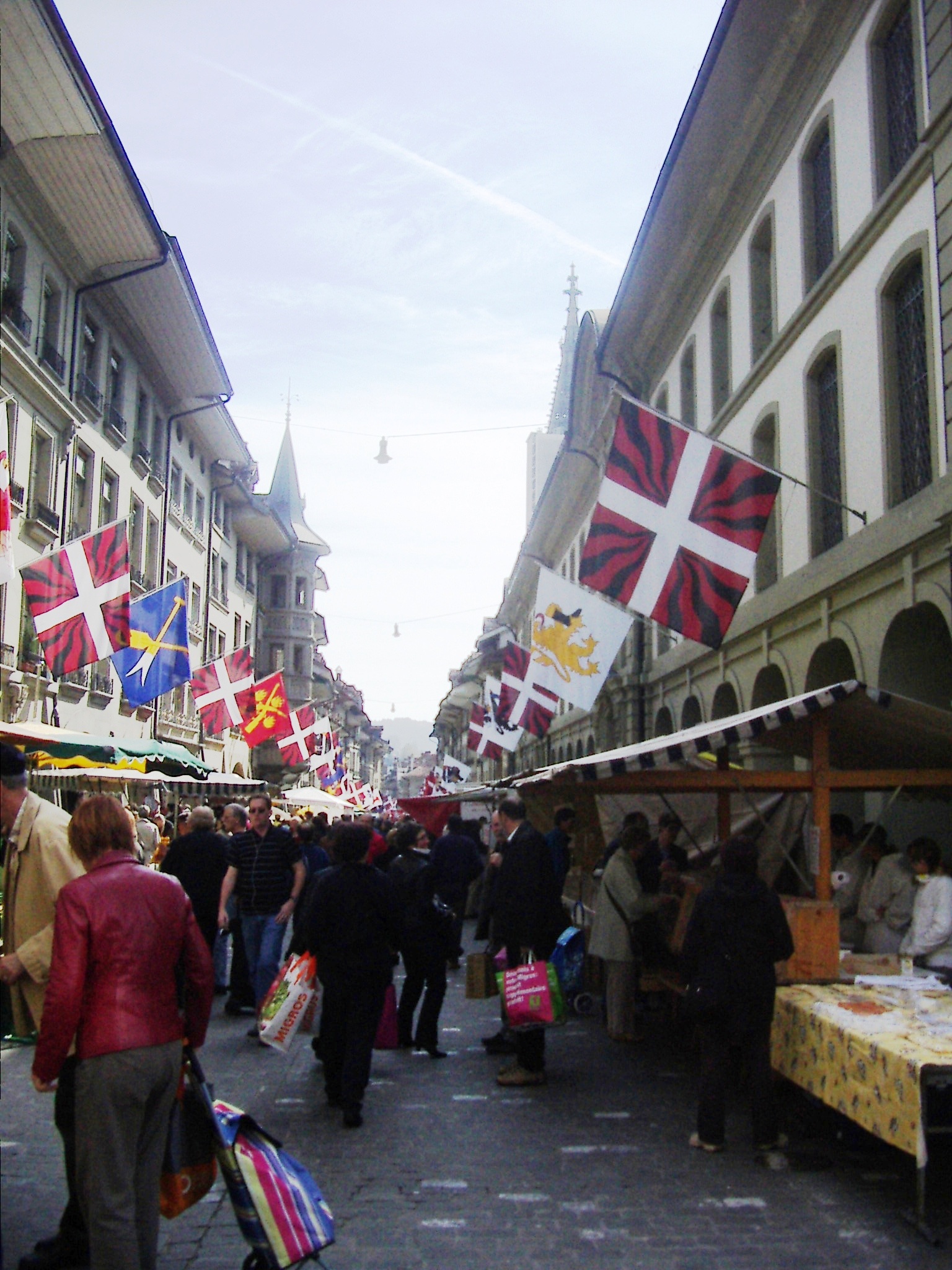 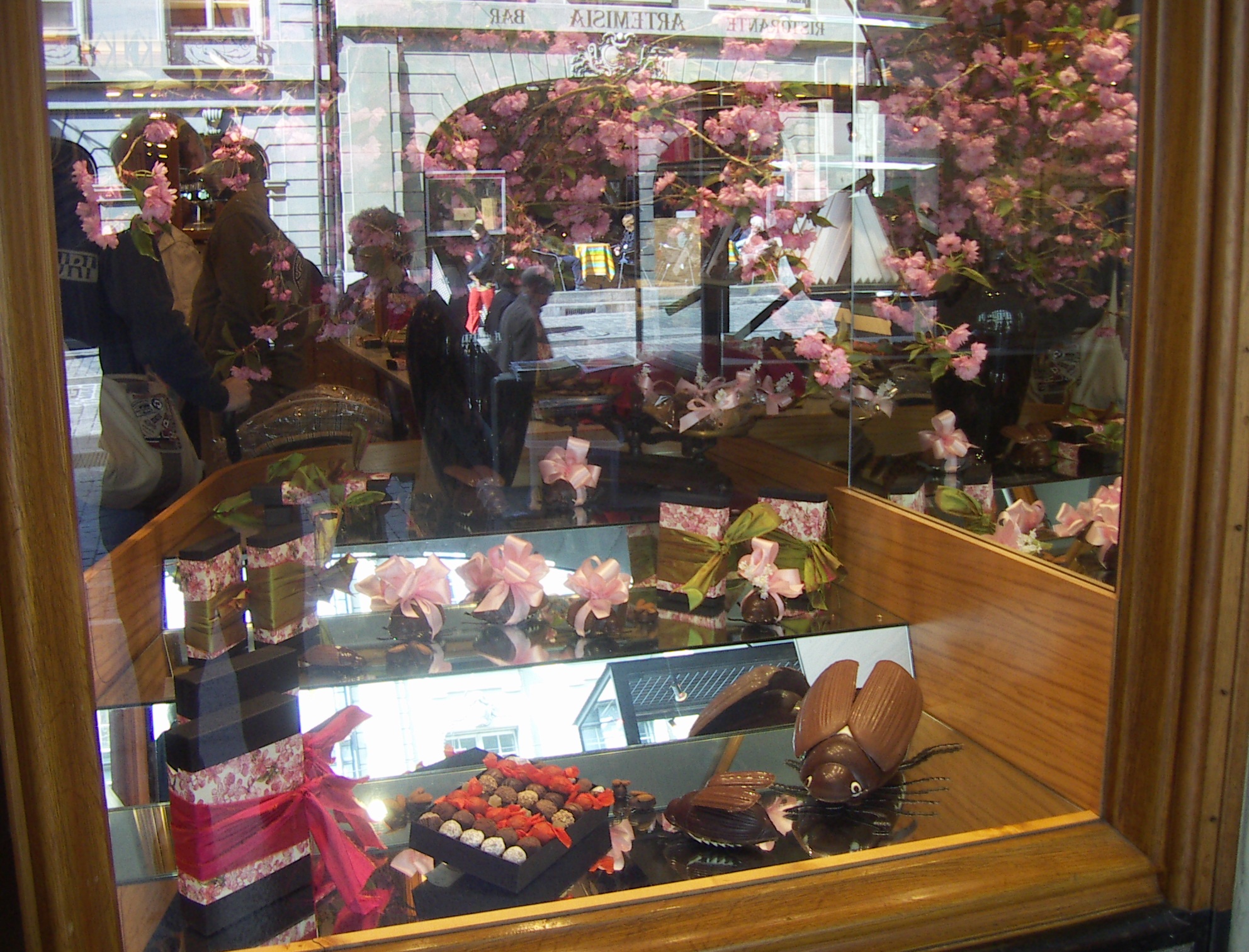 The old city is crammed onto a promontory around which hurries the River Aare, bottle green from mountain water, sliding around a hairpin bend at the bottom of Bern's long hill. This part of town is known as the Matten and the Nydeggbrucke spans the Aare's sharp bend. The small square above is beside the Nydegg church with the Untertorbrucke crossing the river from the waterfront. See pictures below. A thieves secret language known as Matten English survives to this day. 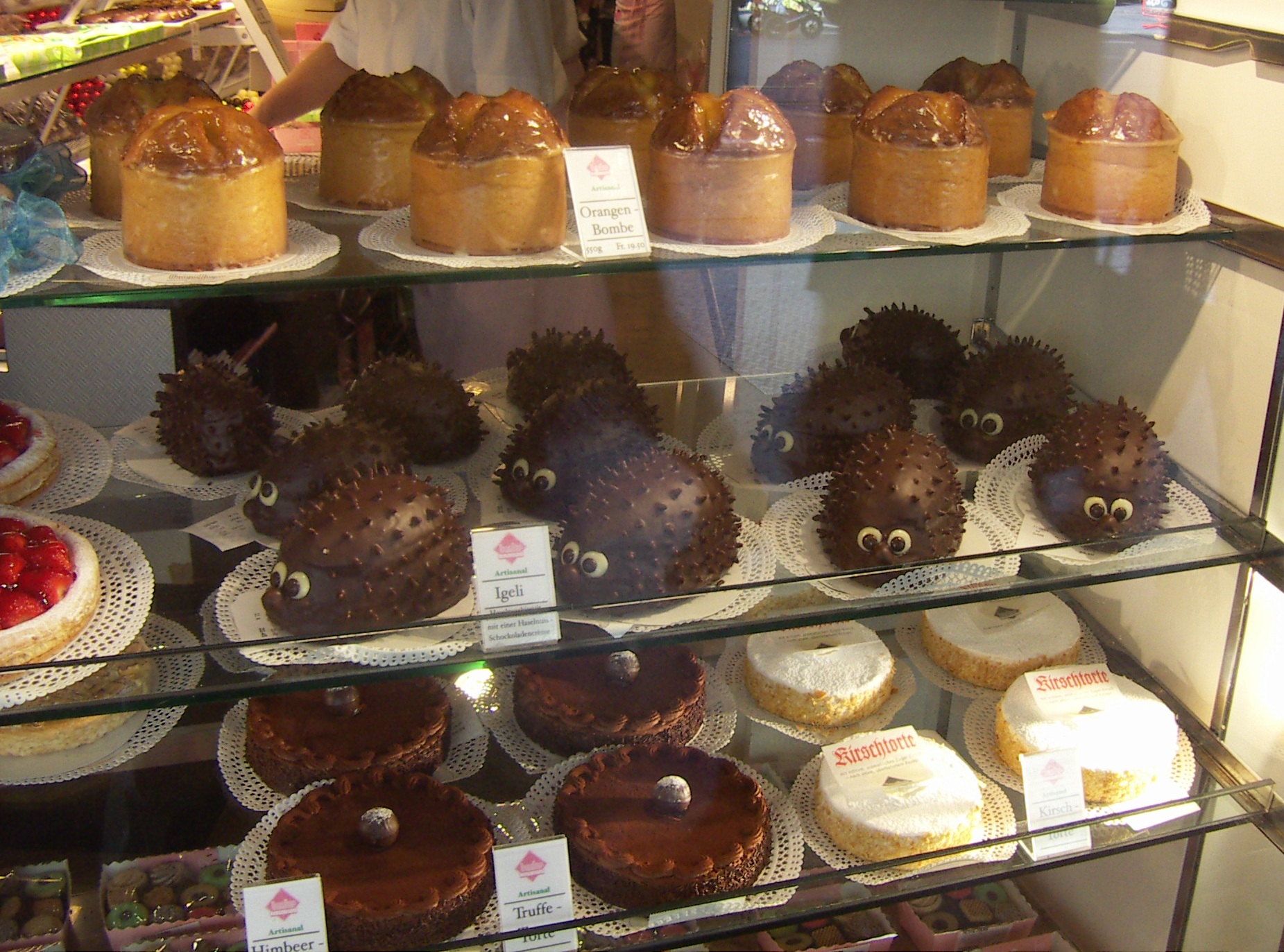 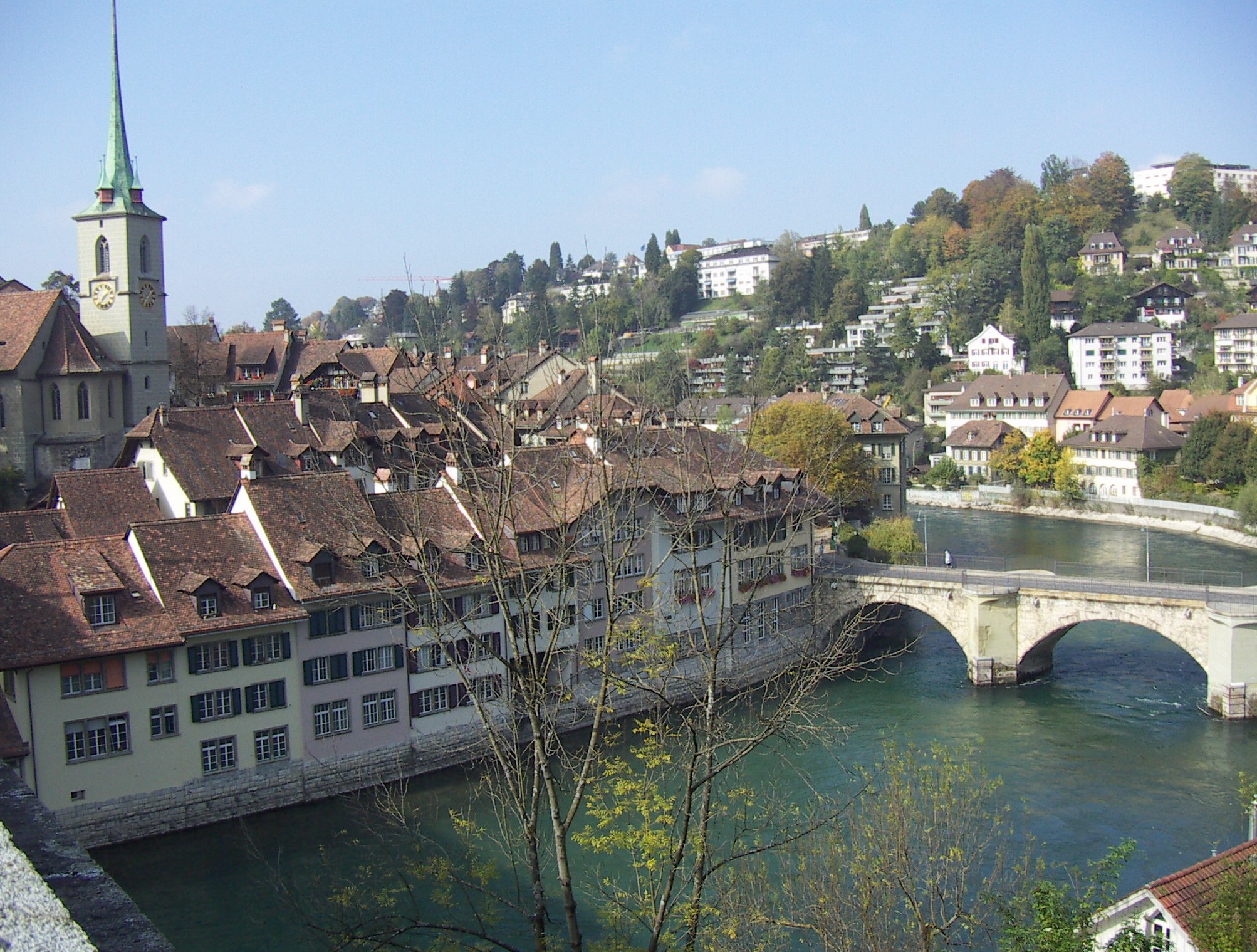 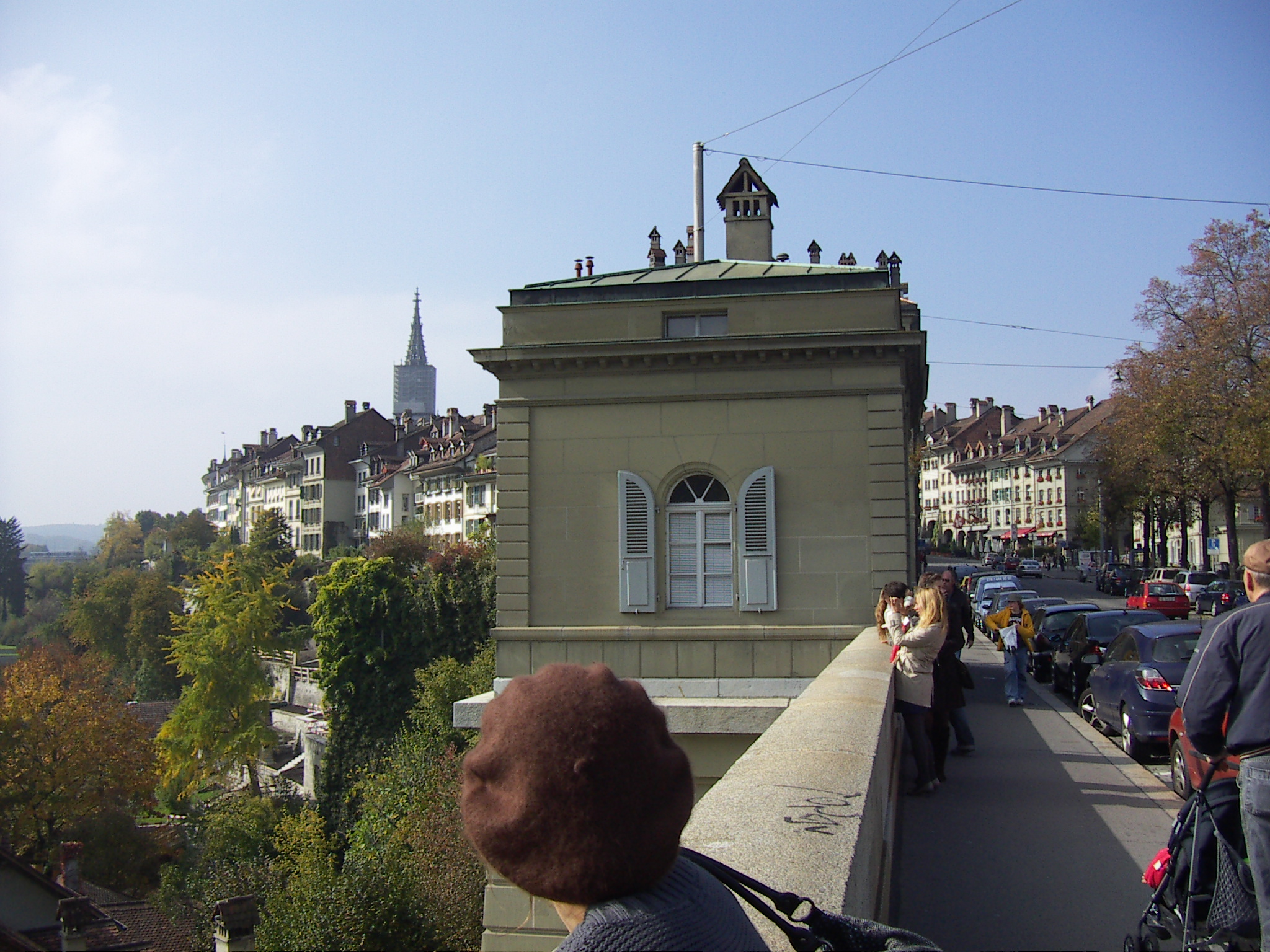 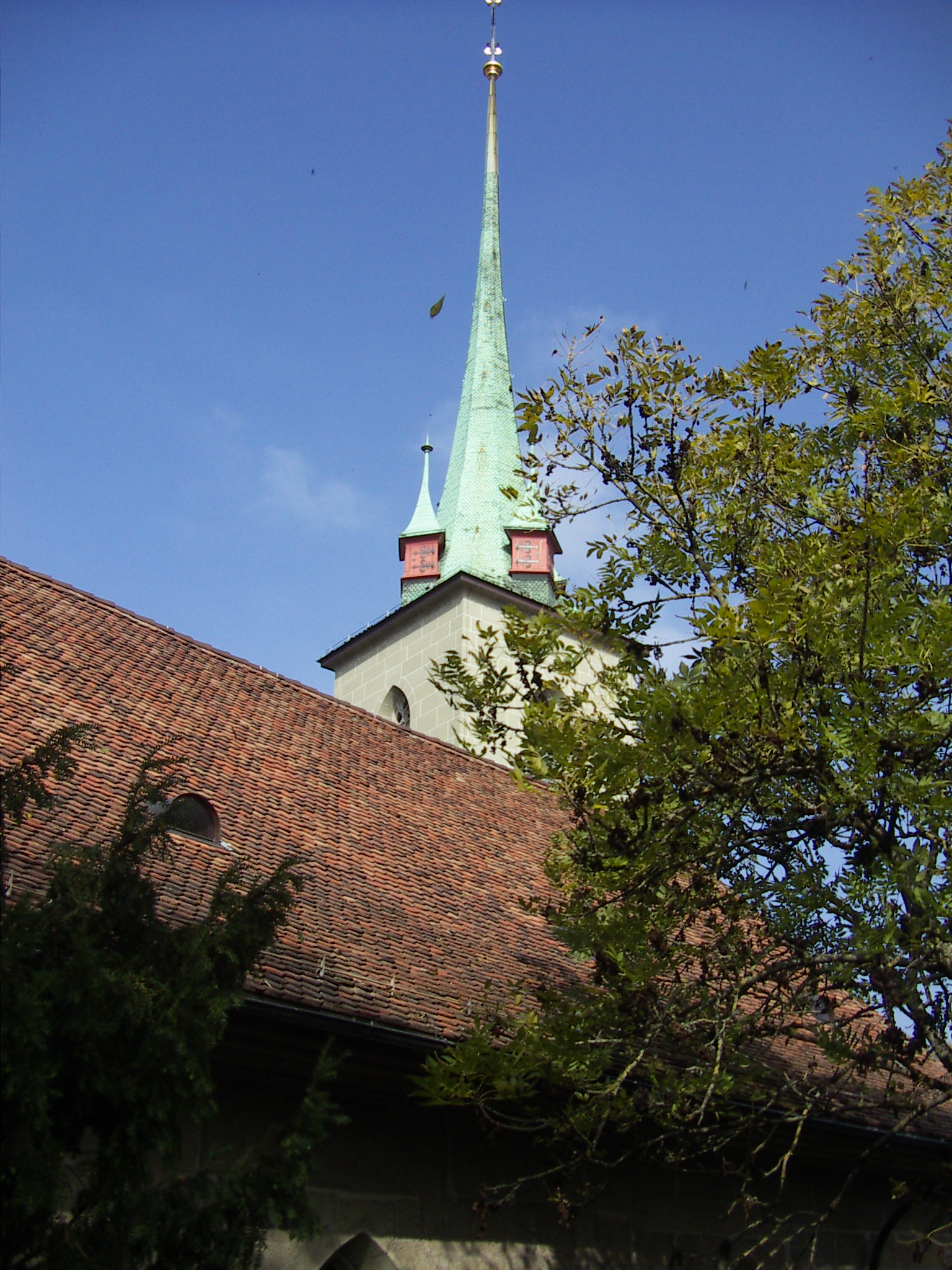 Looking into the old city from the Nydeggbrucke. Straight ahead the Gerechtigkeitsgasse climbs the hill, becoming the Kramgasse higher up towards the massive gate tower of the Zytglogge, once the entrance through the city walls. As Bern grew during the middle ages, more than once the wall was moved westward along the hill top. Below is a photo of the Kafigturm at the western end of the Marktgasse which served as the city gate when the town spread beyond the Zytglogge. The final gate was a huge tower, sadly pulled down in the nineteenth century when the railway station was built - towers were regarded as old fashioned, now the survivors are treasured by the modern generation. 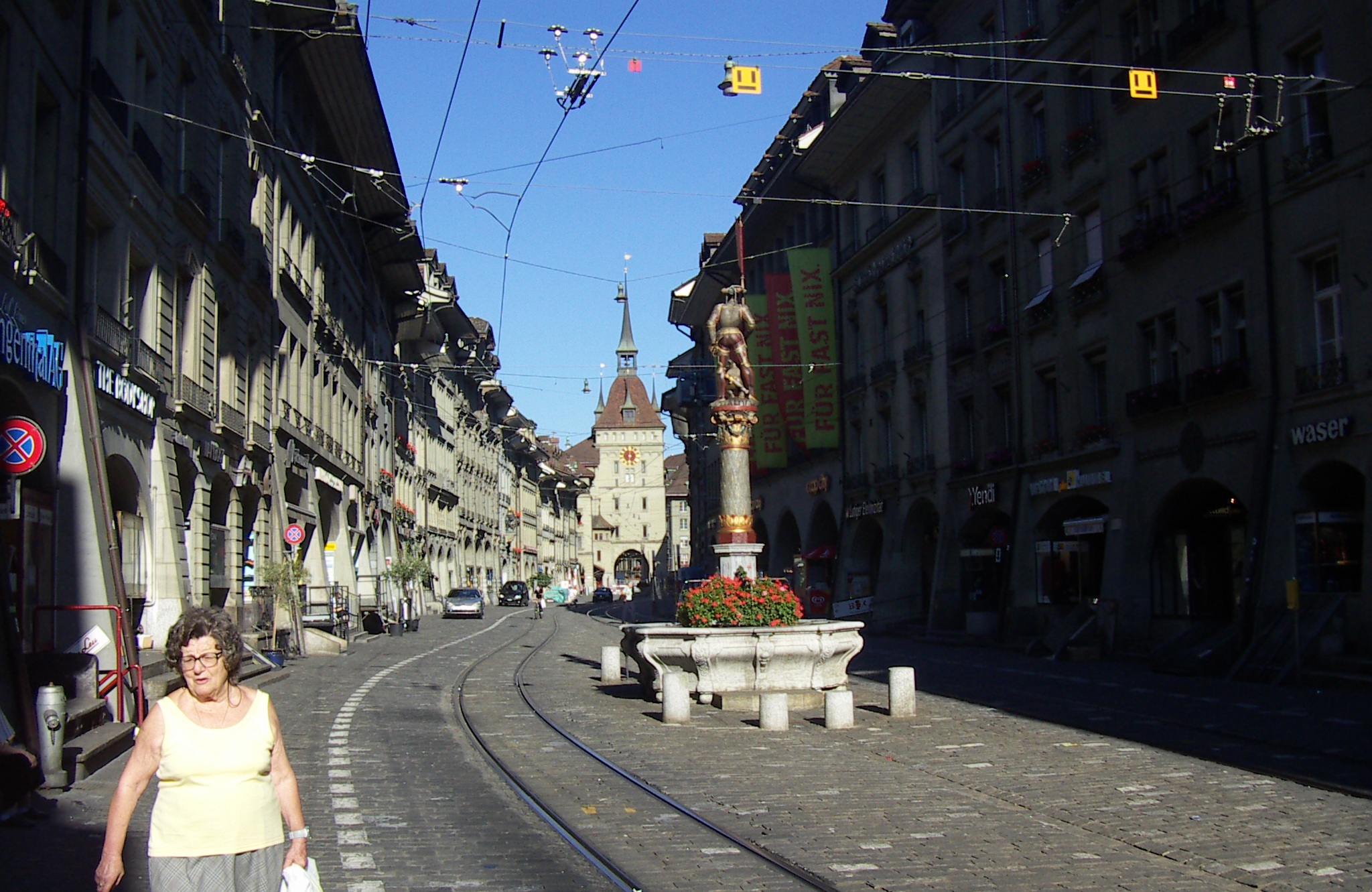 Don't be deceived by fifteenth century houses - the city's arcades enjoy some of the best shopping in Europe and the window displays are a match for Bond Street and Fifth Avenue. Most shops now have staff who speak English. 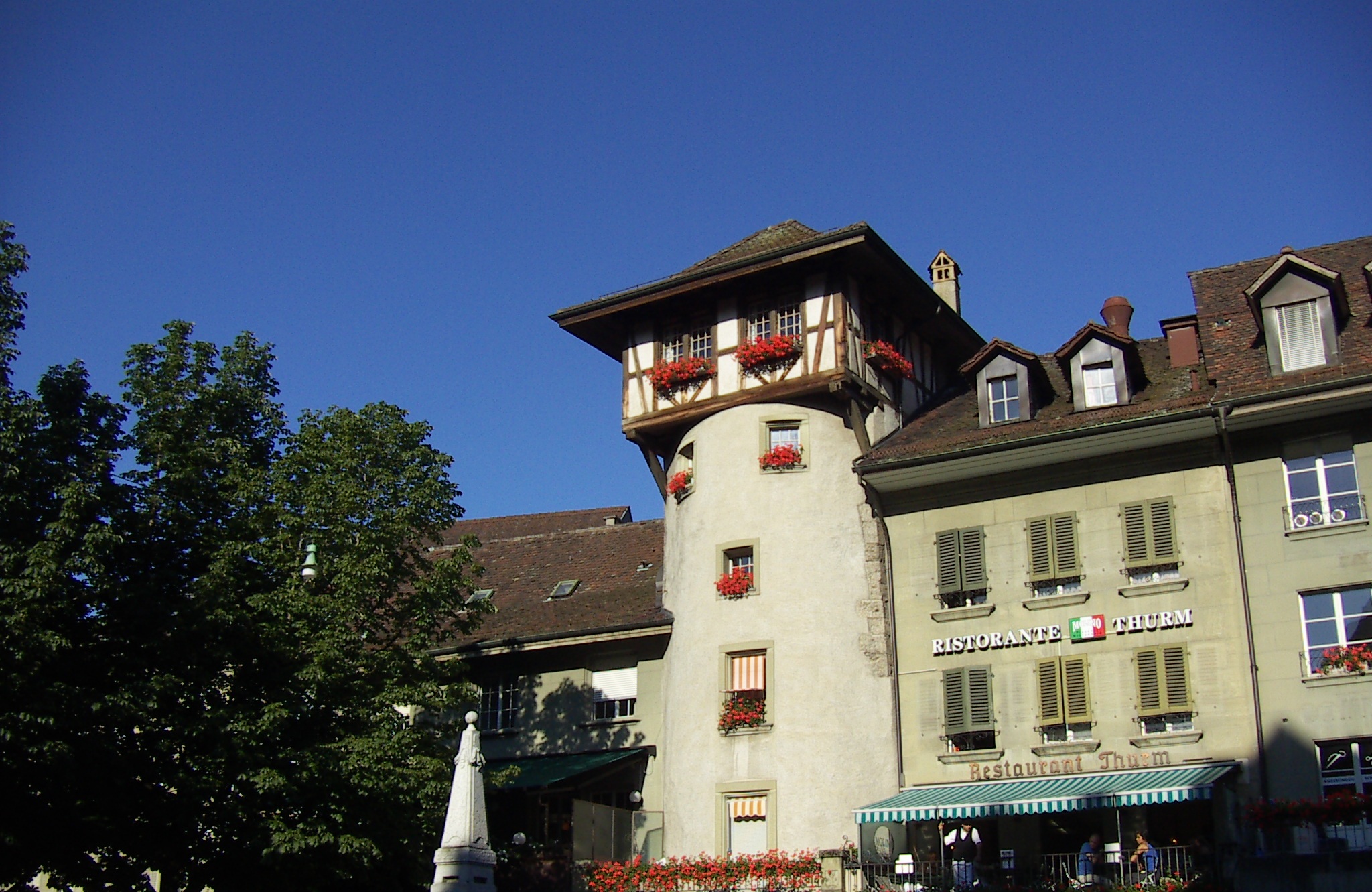 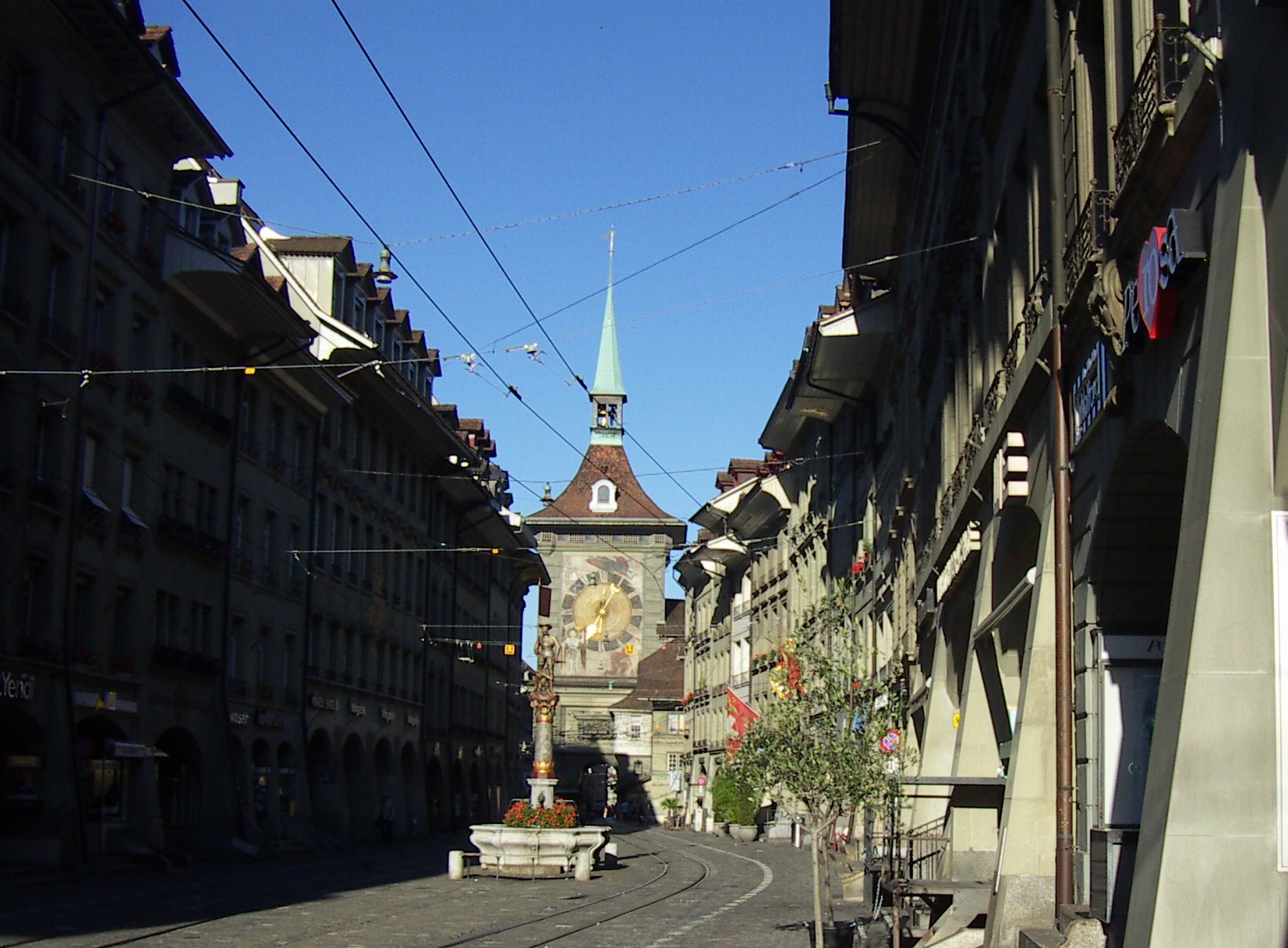 Once a tower along the city wall, now a rather splendid house overlooking the market place. At noon a golden cock crows and knights joust when the Zytglogge's ancient clock performs for modern tourists. Although a capital city with all the Federal Government offices Bern keeps the charm and atmosphere of a large country town. Small wonder the city is a World Heritage Site.

Some of the most beautiful scenery in Switzerland is only a short drive and not all known to mass tourism. The valley shown below has barely changed since Tolstoy and Albert Schweizer spent summers up there - long may it so remain. 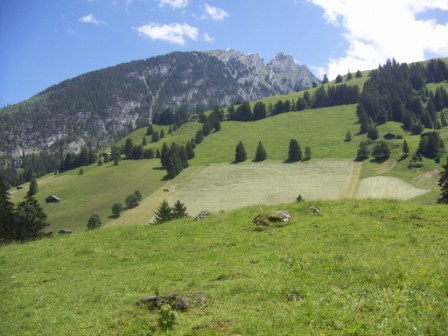 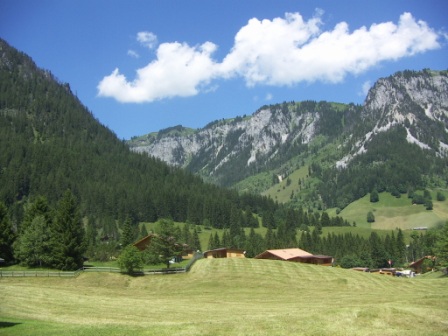 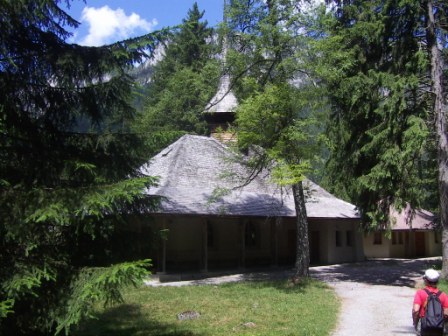 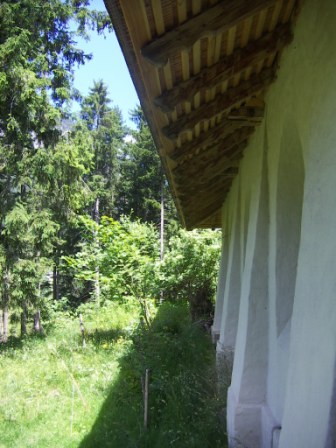 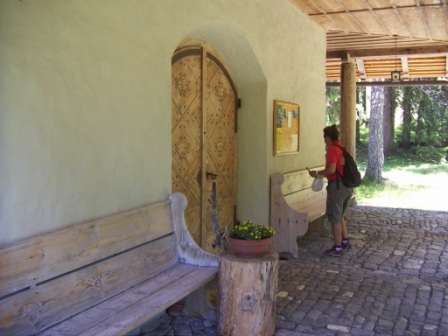 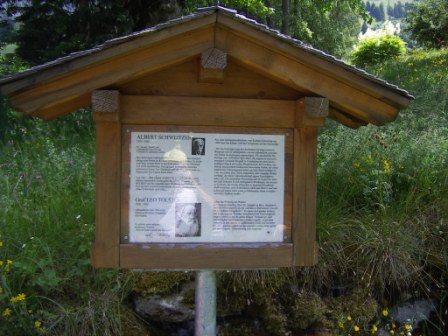 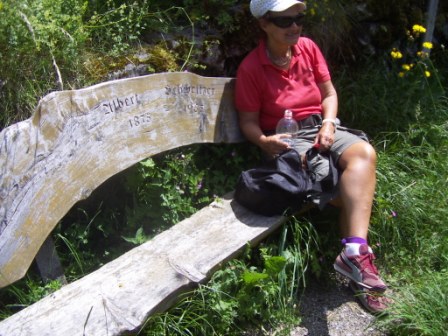 Reflecting on early childhood in the peaceful valley on the same seat where Albert Schweizer contemplated life.

During summer old paddle steamers run a regular service around turquoise lakes flanked by hyacinth mountains basking in the heat. 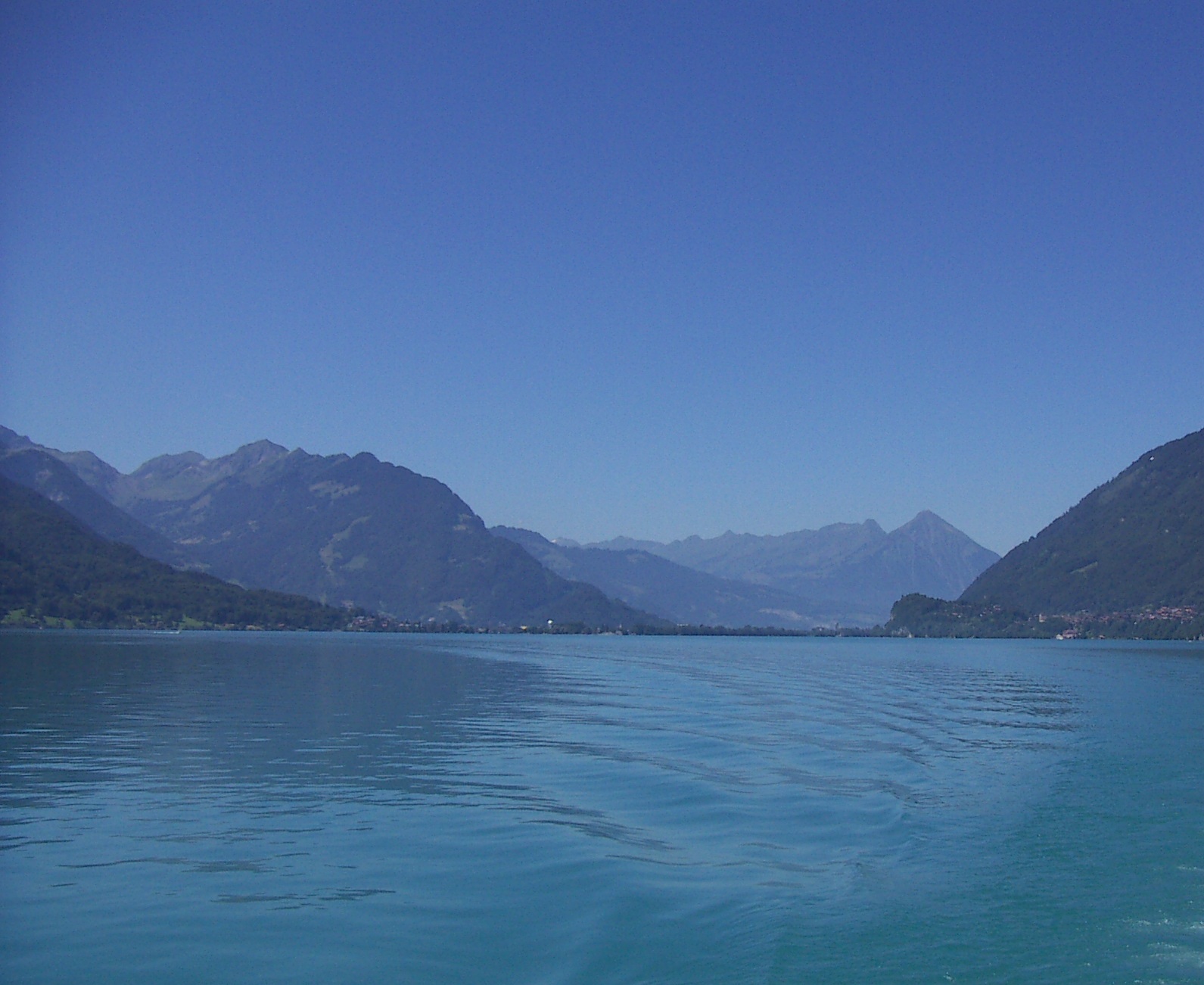 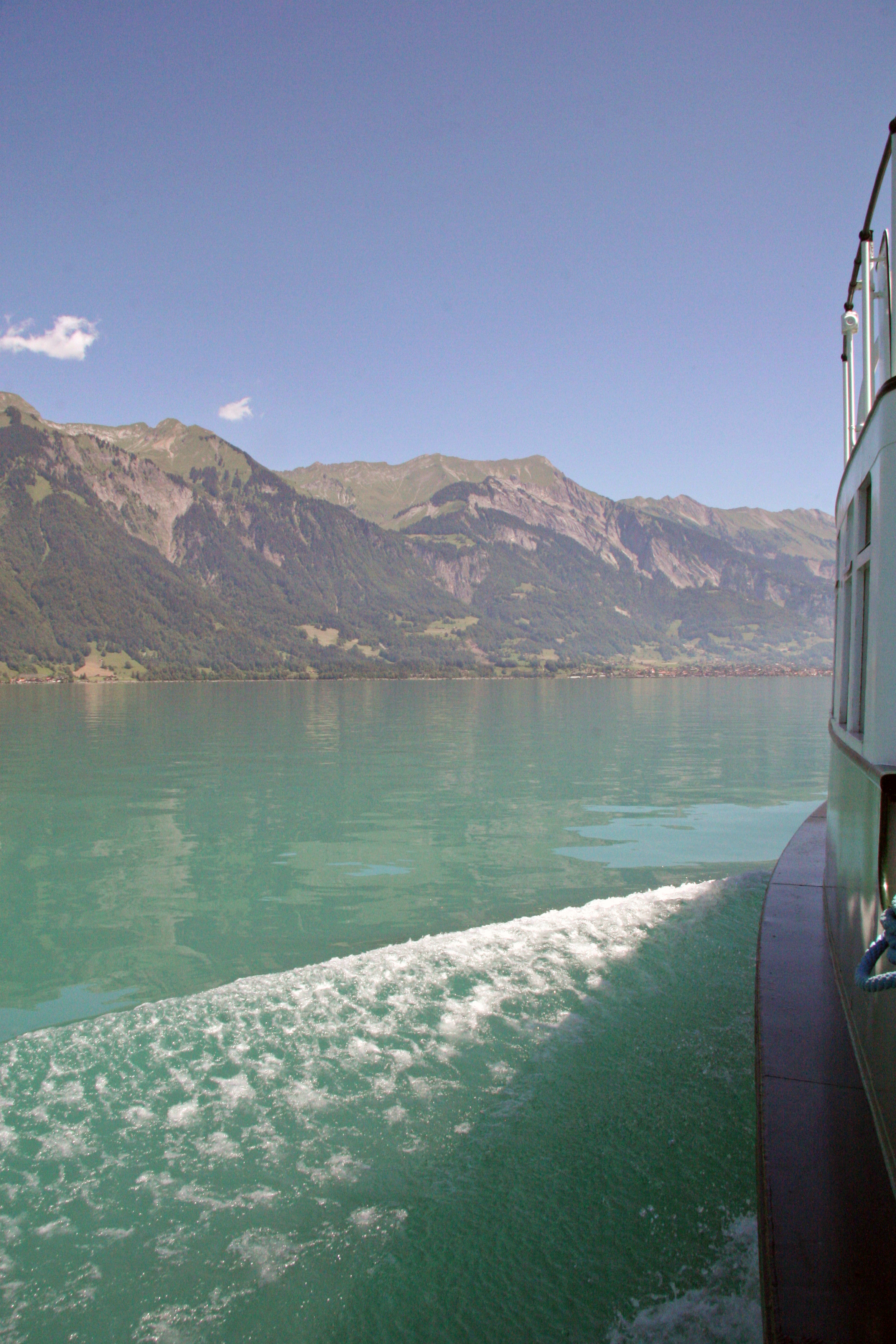 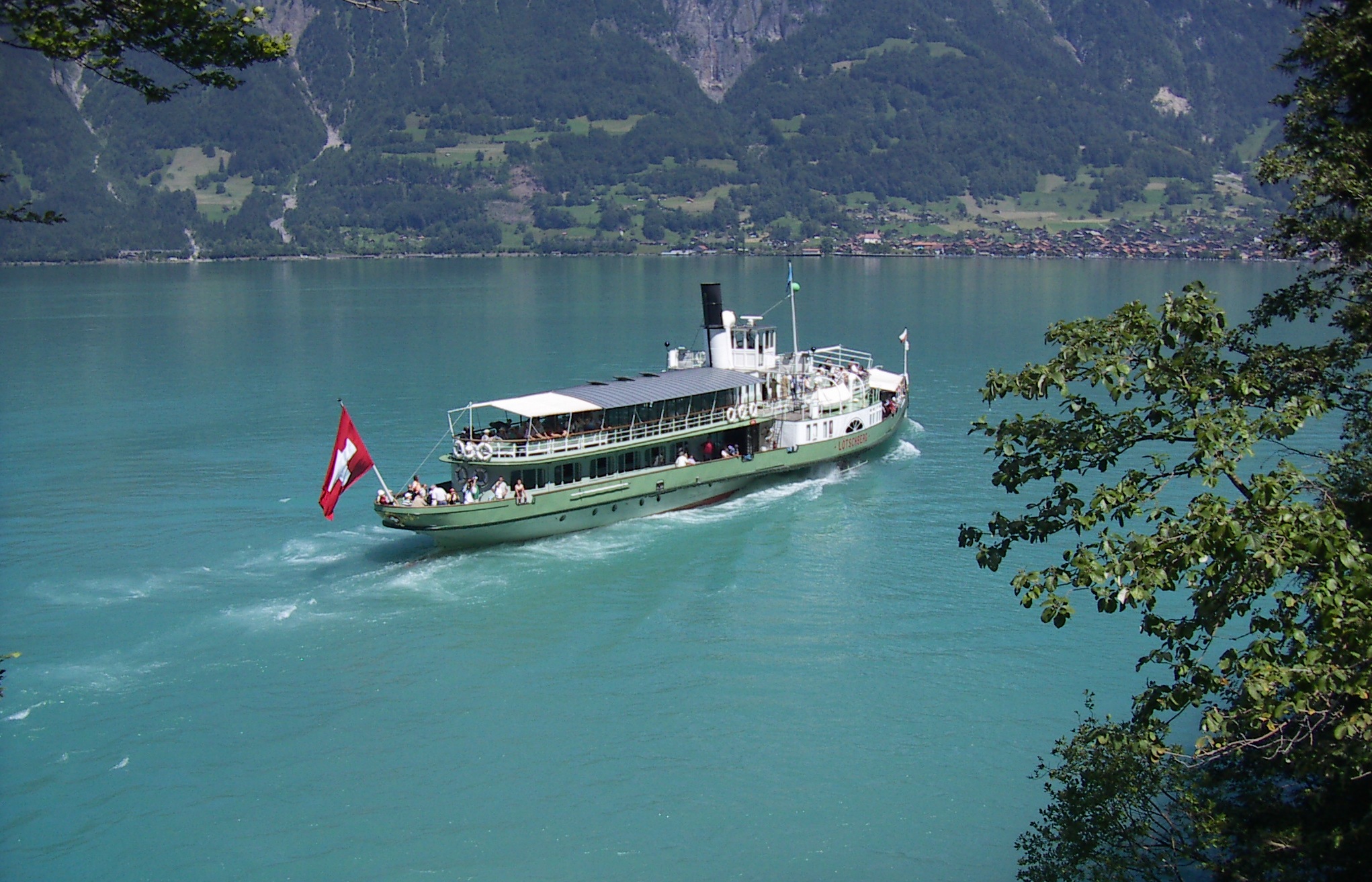 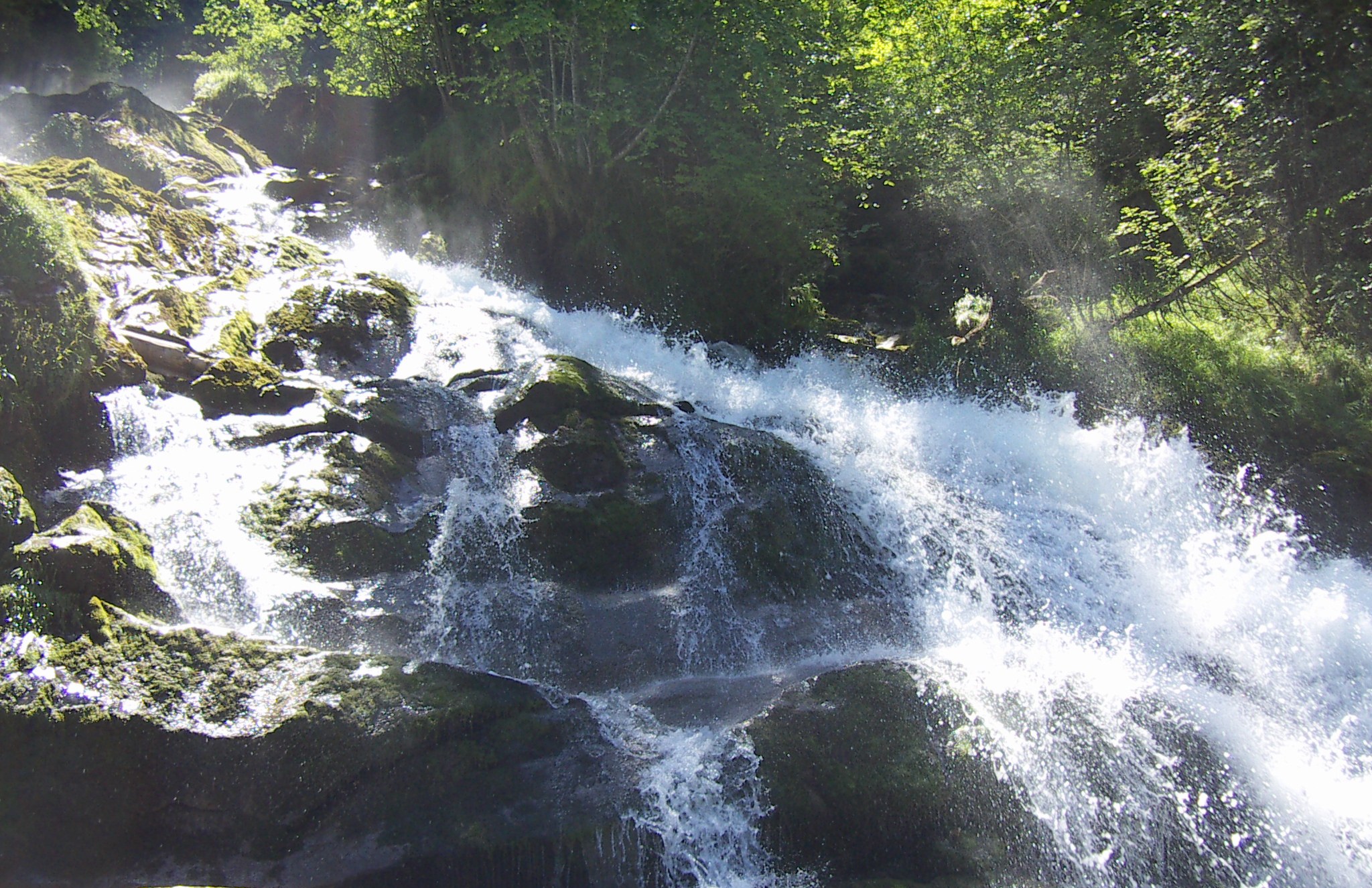 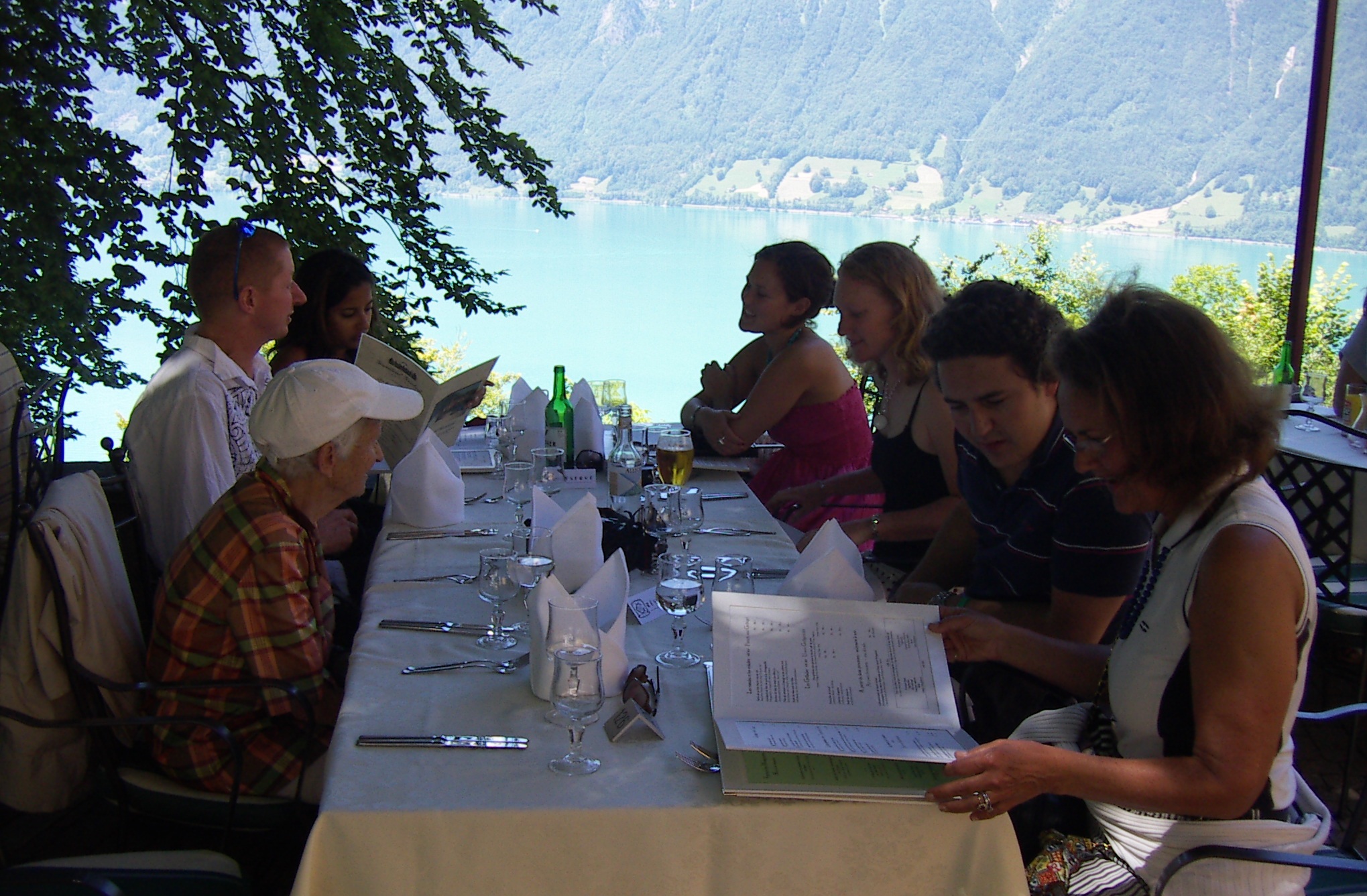 Nothing beats lunch under a shady tree looking onto a lake on a hot day. 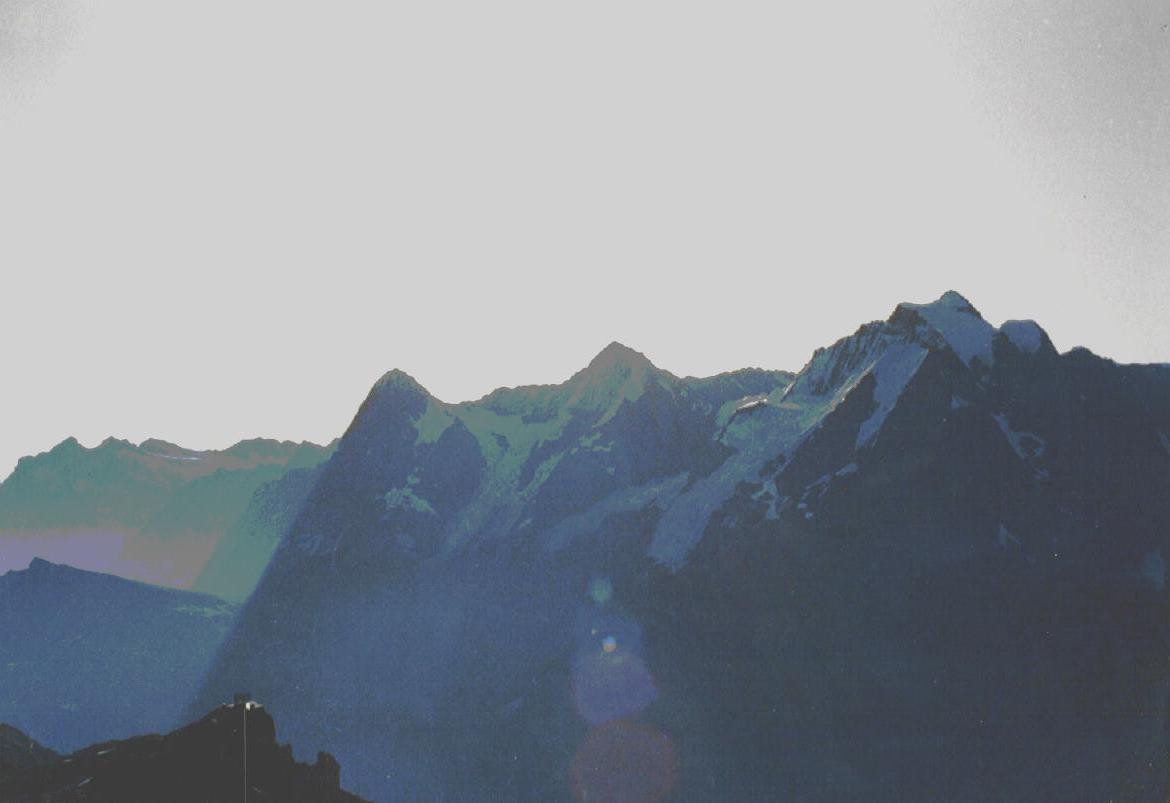 The diamond peaks - photo by Julian Hill-Landolt. There's plenty to see around Bern.