Taxiing before turning right for the runway -only 15 minutes flying time away from the flight of a lifetime beside the Swiss Alps. 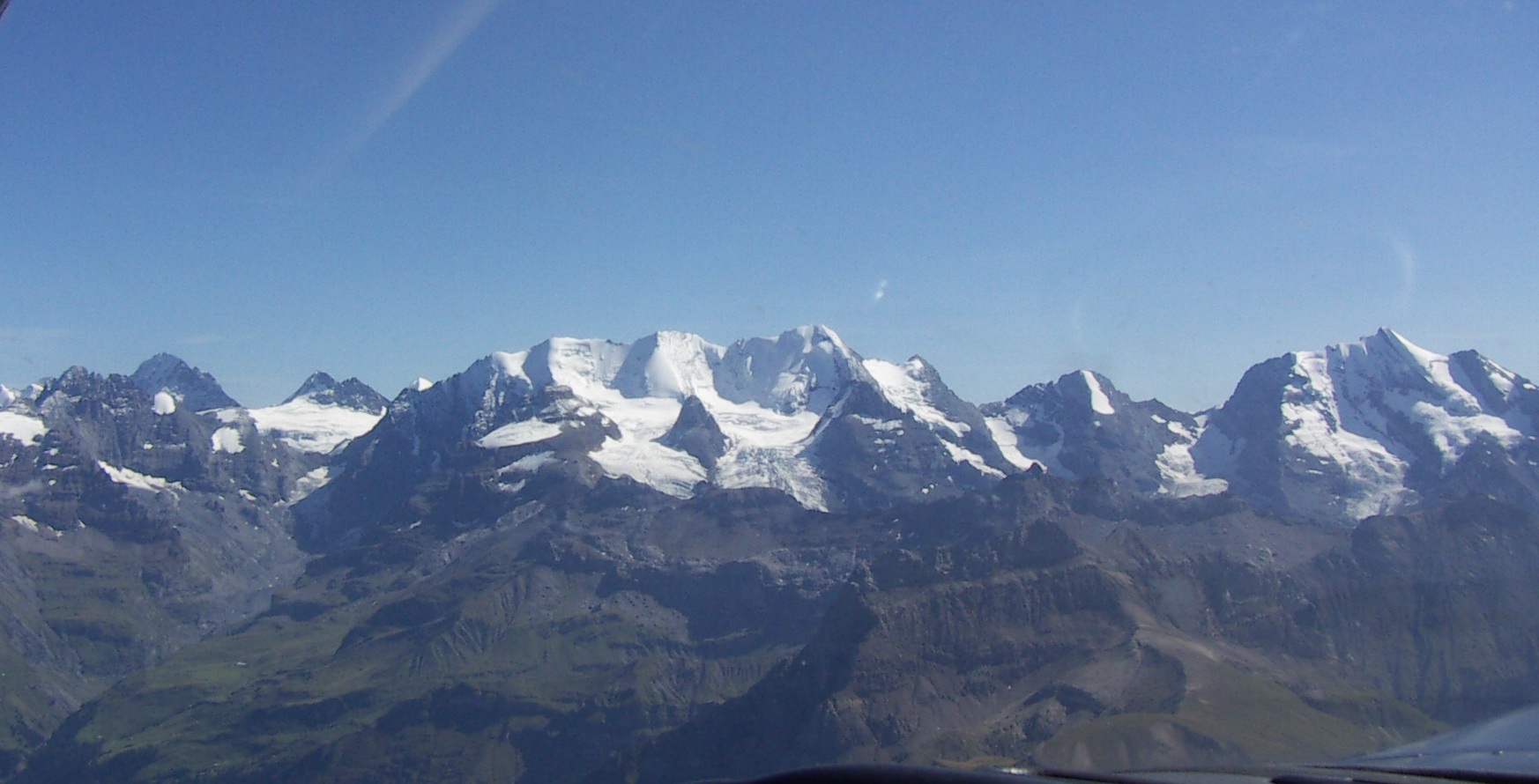 Regarded by the Bernese as one of the prettiest mountains seen from their city - the Blumlisalp dwarfing Kandersteg Valley. 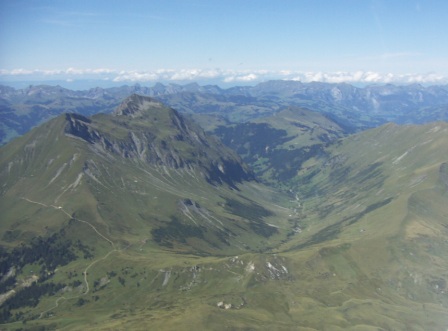 The impact of climate change - glaciers survive high up while lower down curve valleys smoothed by the last ice age - although one should remember that only 600 years ago traders walked the paths over these mountains during summer.

Glaciers along the Diamond Peaks. From left the Wetterhorn, Eiger, Monch, Jungfrau, Blumlisalp and Balmhorn. Folds in the rock, clearly visible, show how the Alps came about after a collision of continents. Such photos are possible only from an aircraft. This photo, taken after summer, certainly is worth comparing with those on the Alps Tour Page - taken during several summers over the last three decades. 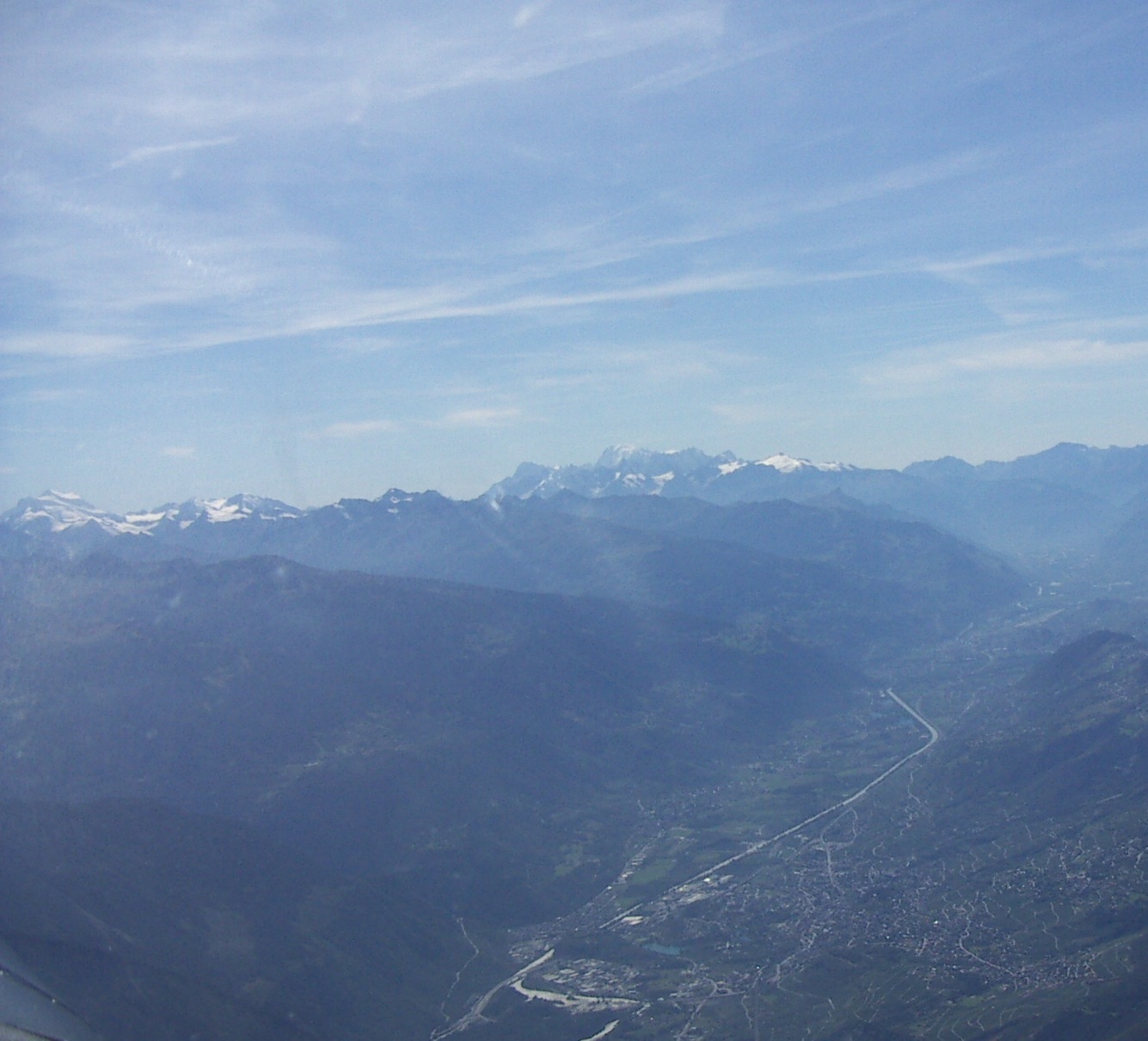 The Rhone flowing from the Alps towards Geneva. The mighty barrier ahead spreads from Grand Combin and the Dents du Midi to the great massif formed by Mont Blanc - almost enclosing the beautiful Lake of Geneva before the Rhone escapes through France and eventually reaches the warm Mediterranean. 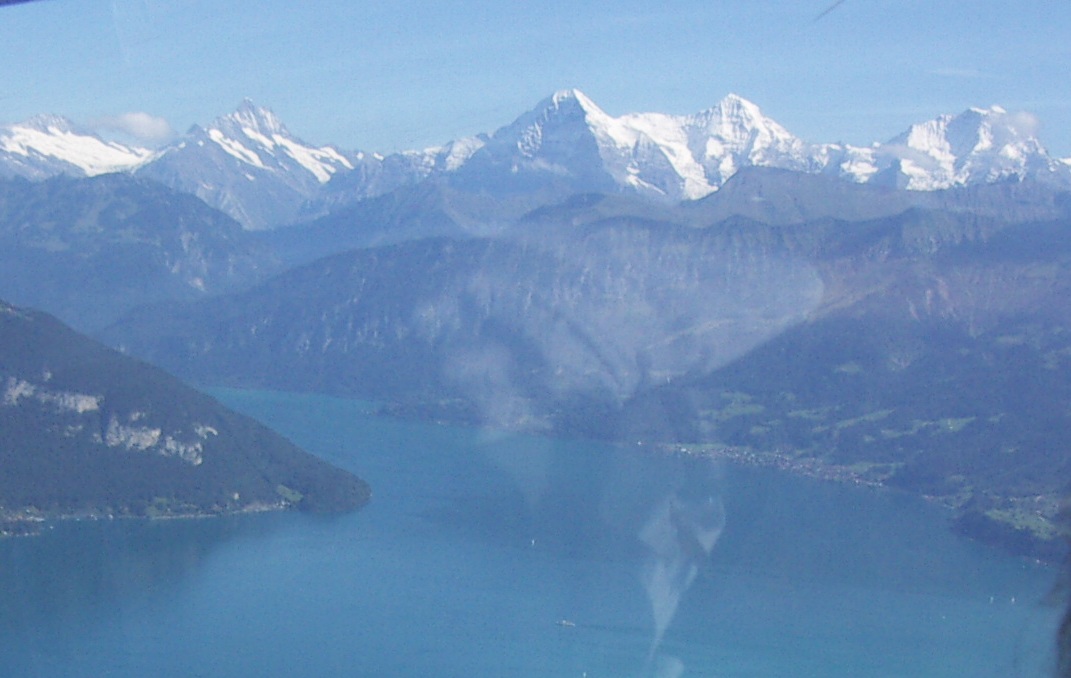 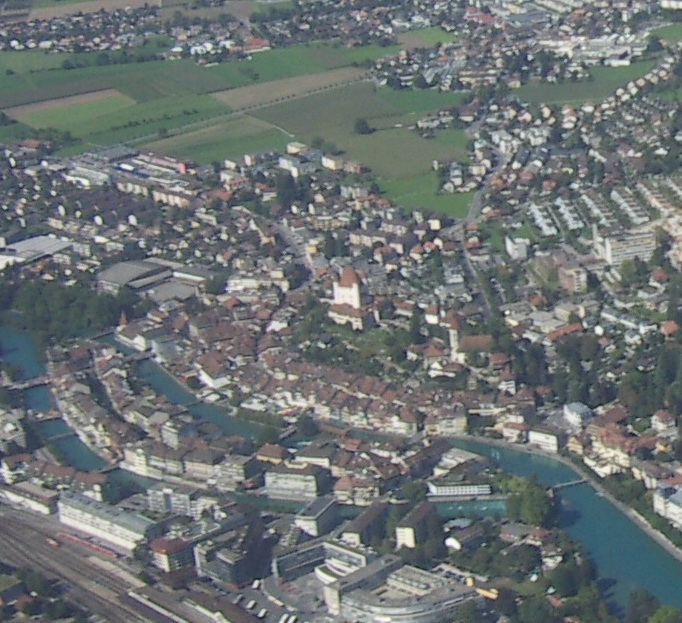 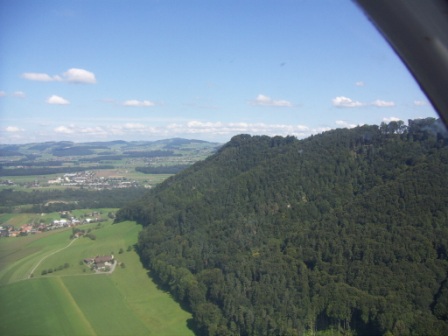 Thun with its thousand years old castle - where Adrian and Regine held their wedding party over 36 years back - cruising along beside the Belpberg a few moments before turning left for finals at Belp Airport. Along the horizon are the Jura mountains. 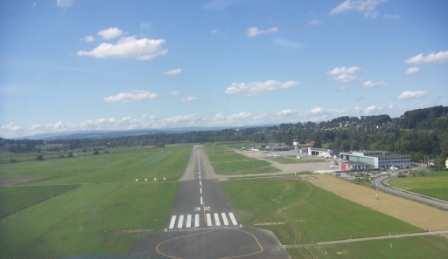